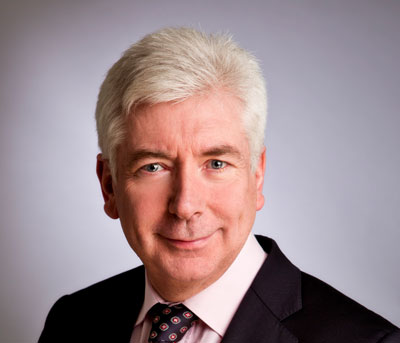 Alex White is the Minister for Communications, Energy and Natural Resources.

A Senior Counsel and Labour TD for Dublin South, before being appointed to Cabinet in July 2014, Alex served as Minister of State at the Department of Health with responsibility for Primary Care.

Alex White grew up in Marino, Dublin as the eldest of seven children. His late father, who died in 1979 worked as a train driver at CIE. His mother was born and reared in rural Sligo. Alex White was educated at Chanel College Coolock and studied Economic and Social Studies at Trinity College Dublin, where he was President of the Students Union. He graduated from TCD in 1981, qualified from the Kings Inns in 1987 and was called to the Irish Bar in July of that year.

Between 1984 and 1994 Alex White was a current affairs producer with RTE, working on a wide range of radio programmes, including coverage of major events such as general elections. He was editor of the Gay Byrne Show for four years before leaving RTE to take up practice as a barrister.

Alex White has been a leading practitioner in employment and labour law since 1994, appearing regularly before the Irish Courts and in employment tribunals on behalf of employee and employer clients. He was called to the Inner Bar in 2010.

White was elected to South Dublin County Council as a first-time candidate in June 2004 and was Deputy Mayor in 2006/2007. He first ran as a Dail candidate in 2007 in Dublin South, and subsequently was elected to the Senate on the Cultural and Educational panel, becoming group leader of the Labour Party, as well as national spokesperson on Children for the party. He was elected a TD in the 2011 general election and was appointed as Minister of State at the Department of Health in October 2012. In July 2014, he was appointed Minister for Communications, Energy and Natural Resources.

Alex White has lectured on employment law and on media studies, and is a frequent contributor to radio and television. He is married to NUI Maynooth sociologist MaryCorcoran. They have one daughter and one son.