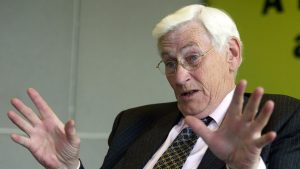 As a central figure in the peace process, Mallon was also the first politician to be elected to both the Irish Senate (in 1981) and the old Northern Ireland assembly (in 1982). His unique viewpoint as a Catholic growing up in a predominantly Protestant village, Mallon gained a reputation for speaking out against violence from all sides.