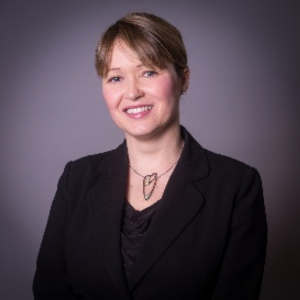 Sarah O’ Shea is a qualified solicitor and holds an International Masters in Sports Law and Management.  Having practised as a Solicitor in general practice she joined the Football Association of Ireland in 2005 as the first in house lawyer in an Irish Sport’s Governing Body.  Following a successful number of years establishing and leading an in-house legal department she became the first Deputy Chief Executive of the Football Association of Ireland and made a substantial contribution to the administrative and organisational aspects of the FAI during her time.

While working in the FAI she was involved in a number of major projects including the strategic planning and staging of the Europa League Final, the construction of the Aviva Stadium with the IRFU, the Euro 2020 bid, as well as establishing a new disciplinary and legal services structure within the organisation.  Sarah was also appointed by UEFA to the UEFA HatTrick Committee and as a UEFA mentor for women working in football across Europe.  She left her role in the FAI in 2015 and set up her own business in sports consultancy.

On a voluntary basis, Sarah also led the Federation of Irish Sport for two years as Chairperson and for a number of years as an active Board member. She was also appointed as a panel member to the Court of Arbitration for Sport in September 2013.

She was elected as Honorary General Secretary of the Olympic Federation of Ireland in 2017 and is actively working on an array of governance, legal and structural changes in that role.