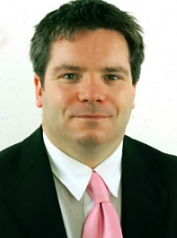 Ronan McGreevy is a news reporter with The Irish Times. He is the author of the book Wherever the Firing Line Extends: Ireland and the Western Front.
He is the editor of Centenary, Ireland remembers 1916 the official State book recalling the commemorations of 2016.
He is also the editor of Was it for This? Reflections on the Easter Rising, an anthology of commentary on the Easter Rising from the pages of The Irish Times which was published in 2016.
He has produced two eBooks based on The Irish Times archives: ‘Twas Better to Die: The Irish Times and Gallipoli 1915-2015 and The Mad Guns: Reflections on the Battle of the Somme 1916-2016.
He is the presenter of the full-length documentary United Ireland: how Nationalists and Unionists fought together in Flanders which has been produced by The Irish Times.
Prior to joining The Irish Times in 2006, he wrote for The Times, the London Evening Standard and The Irish Post. He was a radio and television producer with the BBC and Sky News.