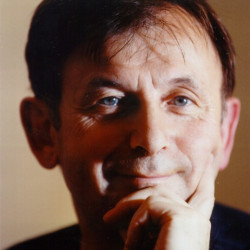 Michael Žantovský is a Czech diplomat, politician, author, journalist, lyricist and psychologist. He is a former Ambassador of the Czech Republic to the United Kingdom, as well as to Israel and the United States.

He co-authored a play, The Poor Mouth (1985) based on a short novel by Myles na gCopaleen (Brian O’Nolan).

He has written and published many essays and articles on foreign policy, current affairs and literature. He co-authored the book Freedom of Information in the Legal System of the Czech Republic (2002).

In 2014, his biography of Václav Havel has been published both in Czech and English (Atlantic Books).