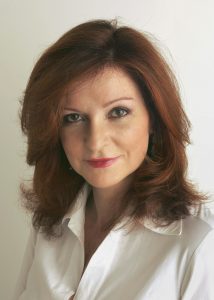 Maureen Dowd, the winner of the 1999 Pulitzer Prize for distinguished commentary and author of three New York Times bestsellers, became an Op-Ed columnist in 1995. In August 2014, she also became a writer for The Times Magazine.

Born in Washington, Ms Dowd began her journalism career in 1974 as an editorial assistant for The Washington Star, where she later became a sports columnist, metropolitan reporter and feature writer. In 1983, she joined The New York Times as a metropolitan correspondent and then moved to The Times’s Washington bureau in 1986 to cover politics. Ms Dowd has covered nine presidential campaigns, served as The Times’s White House correspondent, and written “On Washington,” a column for The Times Magazine. In the run-up to the 2004 presidential election, G. P. Putnam published her first book, “Bushworld,” which covered the presidency and personality of George W. Bush. After “Bushworld” quickly climbed the best-seller list, Ms Dowd switched from presidential politics to sexual politics in another best seller, “Are Men Necessary? When Sexes Collide,” released in 2005. In 2016 she published, “The Year of Voting Dangerously: the Derangement of American Politics,” also a New York Times bestseller.

In addition to The New York Times, Ms Dowd has written for GQ, Vanity Fair, Rolling Stone, The New Republic, Mademoiselle, Sports Illustrated and others. Her column appears every Sunday.