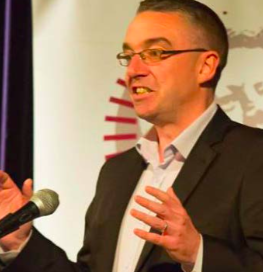 Larry Donnelly is a Boston born and educated attorney who has lived and worked in Ireland since 2001. He is a Lecturer and Director of Clinical Legal Education in the School of Law at the National University of Ireland, Galway.

While on leave from his academic post from 2010-2012, he worked as Manager of the Public Interest Law Alliance in Dublin.

From a Boston Irish political family, Larry was active in politics and government in Massachusetts. Now, he contributes regularly to broadcast media outlets on American and Irish politics, current affairs and law and is a political columnist with TheJournal.ie and IrishCentral.com.