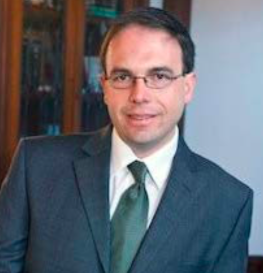 Dr Robert M. Mauro, PhD is the Executive Director of the Irish Institute and Global Leadership Institute at Boston College.

He completed his PhD (The Practice of Ideology, 2009) in Political Science at the Rockefeller College of Public Affairs and Policy. He is an expert in Irish and American politics, conflict resolution, and global engagement.

Before joining Boston College Bob had a fellowship in the Institute for British-Irish Studies at University College Dublin. While there he worked on Breaking the Patterns of Conflict: The Irish State, the British Dimension, and the Northern Ireland Conflict, a comprehensive oral history of policymakers involved with Northern Ireland peace process from the Sunningdale Agreement to the St. Andrews Agreement.

During the past six years as Director of the Irish Institute, working with the U.S. Department of State, Dr Mauro designed and implemented professional education programs for developing senior leaders in Ireland and Northern Ireland. These programs hosted over 700 participants from fields as diverse as business and innovation, policy, science and technology, and bureaucracy.

In addition to his work at Boston College, Dr Mauro is active in ensuring that the university is well connected to the Irish community in the US. He is past-President of Irish Network Boston, a Director of the Wild Geese Network of Irish Scientists, a board advisor to both The Frederick Douglass- Daniel O’Connell Project the Gaelic Players Association New England. Dr Mauro received a “Top 40 Under 40” in Irish-America award in 2013, the Top 100 Irish Academics in 2015, and the “Excellence in Education” award for 2016 from the University of New York.