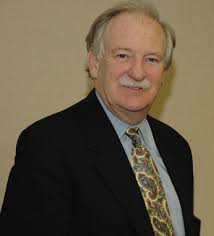 Bruce Morrison is a graduate of MIT and Yale Law School, where his classmates included Bill and Hillary Clinton and President Donald Trump’s national security adviser, John Bolton. A public interest lawyer and Democrat, he was elected to the United States Congress from Connecticut in 1982. While in Congress, he served on the judiciary committee and also sponsored legislation which became known as the Morrison Visa and enabled tens of thousands of Irish men and women to emigrate to the US and chase their American dreams.

Subsequent to his tenure in Congress, Bruce Morrison was active in the Northern Ireland peace process and was instrumental in helping Gerry Adams to obtain a visa to travel to the US. He has remained an outspoken voice on important issues for Ireland and Irish Americans in his career as an immigration lawyer and lobbyist and features frequently in Irish and American media.