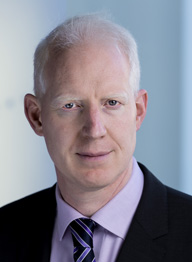 Paul Kelly has been the Chief Executive of Fáilte Ireland since 2017. Paul is leading Fáilte  Ireland, the National Tourism Development Authority, through the deepest crisis ever for our country’s tourism industry and our largest source of employment. His work is to ensure survival, enable reopening and reimagine a different future post-Covid. The future will build on Fáilte Ireland’s previous successes including the Wild Atlantic Way, Ireland’s Ancient East, Ireland’s Hidden Heartlands, the Dublin brand refresh and The Gathering.

Paul’s leadership has led Fáilte Ireland to be listed in the top 20 best large organizations to work in and is the only public sector body on this list.  In 2020 Paul was named as Ireland’s Most Trusted Leader by Great Places to Work. Before his appointment as CEO of Fáilte Ireland, Paul held several management and marketing leadership roles. Raised in a small retail family business, he began his career with Procter & Gamble UK. Paul then went on to senior executive positions with Diageo Ireland, Aviva and the UCD Smurfit Business School. Paul Kelly is a native of Co. Wexford and a Commerce graduate from University College Dublin. He is married and has four children.