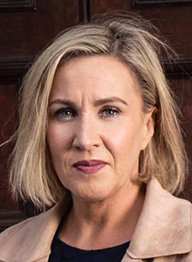 Órla O’Donnell has been RTÉ’s legal affairs correspondent since 2006 and has reported on almost every high profile court case since then. She has reported on constitutional cases including the 2007 Miss D case and the Supreme Court’s decision on the definition of the “unborn” in 2018. She has also covered most major criminal cases in the last fifteen years, including Graham Dwyer’s conviction for the murder of Elaine O’Hara in 2015 and his subsequent, ongoing challenge to the way the state retained and used mobile phone data. She covered the trial of former Anglo Chief Executive David Drumm as well as the case of two 13 year old schoolboys for the murder of 14 year old Ana Kriégel. She has also interviewed many survivors of sexual abuse. She was the narrator and interviewer in the TG4 series Finné, where survivors of significant events, tell their stories. The fourth series will be broadcast on TG4 in the coming months. During much of last year, Órla reported from the Department of Health on the Covid 19 pandemic but is glad to be back in the courts.
Originally from Dalkey in County Dublin, Órla’s first reporting job was with East Coast Radio in Wicklow a few months before joining TG4 as it prepared to go on air as TnaG in 1996. She joined the RTÉ Newsroom in 1999 where she worked as a television and radio reporter and as Dublin Correspondent before taking on the legal role.