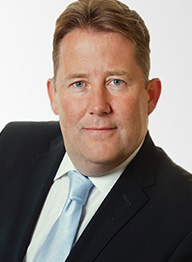 Darragh O’Brien TD was appointed Minister for Housing, Local Government and Heritage in June 2020. He is an elected TD for the constituency of Dublin-Fingal. Prior to his election to the 30th Dáil in 2007, Minister O’Brien worked mainly in Financial Services and was elected to Fingal County Council in 2004. He was elected to Seanad Éireann in 2011.
He has held various positions within the Oireachtas including Vice-Chairperson of the Public Accounts Committee, Member of the Oireachtas Committee on Justice, Equality, Defence and Law Reform, Leader of Fianna Fáil in the Seanad and Opposition Frontbench Spokesperson on Dublin, Foreign Affairs and Housing.