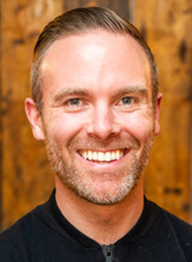 Frank Greaney is an award-winning journalist and broadcaster. As Courts Correspondent for Newstalk and Today FM, he has covered some of the most shocking cases to come before the courts in recent years, including the Graham Dwyer murder trial, the Belfast rape trial, the ‘Mr Moonlight’ murder trial and the trial of two boys who murdered Kildare schoolgirl Ana Kriégel in 2018.
Over the years, Frank has appeared in various true crime documentaries for CBS and Virgin Media Television. During the first lockdown, he wrote his first true-crime book, entitled, Crowded House: The Definitive Story Behind the Gruesome Murder of Patricia O’Connor. He is a guest presenter on Today FM’s The Last Word with Matt Cooper and he also co-owns a restaurant in his native Galway.
Frank is a graduate of NUI Galway. In 2004, he completed a Bachelor of Corporate Law there before returning four years later to do a Masters in Journalism. His work has been honoured by the Law Society of Ireland on three occasions.