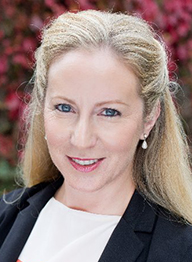 Dr Mary C. Murphy holds a Jean Monnet Chair in European Integration and is a lecturer in politics with the Department of Government and Politics, University College Cork.

Mary specialises in the study of the EU and Northern Ireland politics. Her latest monograph Europe and Northern Ireland’s Future: Negotiating Brexit’s Unique Case was published by Agenda Publishing/Columbia University Press in April 2018. This text follows Mary’s earlier work Northern Ireland and the European Union: The Dynamics of a Changing Relationship which was published by Manchester University Press in April 2014. Mary was also co-editor of a special issue of Administration in 2014 – ‘Reflections on Forty Years of Irish Membership of the EU’ – with John O’Brennan (NUIM). In 2015, Mary was awarded a Fulbright-Schuman Fellowship and was based at George Mason University, Virginia.

Mary’s secondary research interest is in first-time TDs and processes of parliamentary socialisation. In July 2013, her report At Home in the New House? A Study of First-Time TDs was published by the Hansard Society and launched in Leinster House by the Ceann Comhairle, Seán Barrett TD, and the Chief Whip, Paul Kehoe TD. Mary has also conducted research on MPs in Myanmar/Burma with the UN Development Programme (UNDP) and the Inter-Parliamentary Union (IPU). In late 2014, Mary was appointed to the Seanad Reform Working Group by An Taoiseach, Enda Kenny.

Mary’s research has also been published in a number of leading political science journals, including British Journal of Politics and International Relations, Ethnopolitics, Irish Political Studies, Parliamentary Affairs and Regional and Federal Studies, and she has contributed book chapters to a number of edited volumes. She is the Online Resources Editor for the leading EU politics textbook Politics in the EU by Bache, George and Bulmer (2011 and 2014) published by Oxford University Press. Mary also contributes regularly to national and international conferences and media. In 2014, she was presented with the Cork Academic Conference Ambassador Award by the Cork Convention Bureau for having brought the UACES Annual Conference 2014 to UCC. The conference attracted 470 academic delegates from 39 countries over a three day period in September 2014.

In 2013 Mary was awarded the Political Studies Association of Ireland (PSAI) Annual Teaching and Learning Prize and was also awarded a UCC Teaching Fellowship for the 2013/2014 academic year. She is currently the President of the Irish Association for Contemporary European Studies (IACES). She teaches at both undergraduate and postgraduate level at UCC and her teaching responsibilities include the delivery of a number of modules on EU Politics, Northern Ireland politics and conflict studies. Mary is also Director of the online MComm Government and Public Policy programme.

Mary graduated from the University of Limerick in 1995 with a BA (Hons) European Studies degree. Her postgraduate qualifications include an MSSc European Integration obtained from Queen’s University Belfast in 1996. Following graduation, she worked for two years as a political researcher with the Northern Centre in Europe, based in Belfast. She later returned to continue her studies as a PhD student at the Institute of European Studies at Queen’s University Belfast. Her PhD was awarded Special Mention in the European Union’s Committee of the Regions Annual PhD Thesis Competition in 2004. She joined the Department of Government, UCC in 2003. Mary also holds a Postgraduate Diploma in Teaching and Learning which she obtained from UCC in 2006.