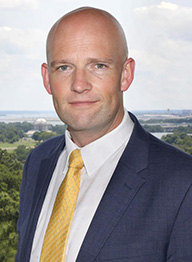 Brian O’Donovan is RTÉ’s Washington Correspondent, a position he has held since January 2018. During his time in the US, Brian has covered some of the biggest news stories in recent history including two presidential impeachments, the Black Lives Matter protest movement, the COVID-19 crisis, the US presidential election and the storming of the US Capitol Building. Brian began his broadcasting career with local radio station Red FM in his native Cork. He then joined TV3 where he worked for ten years in a variety of roles including news correspondent and documentary maker. He is married to Joanna and they have two daughters. Brian’s first book, ‘Four Years in the Cauldron’, will be released in October and tells the story of his time covering a tumultuous and dramatic four years in the US.